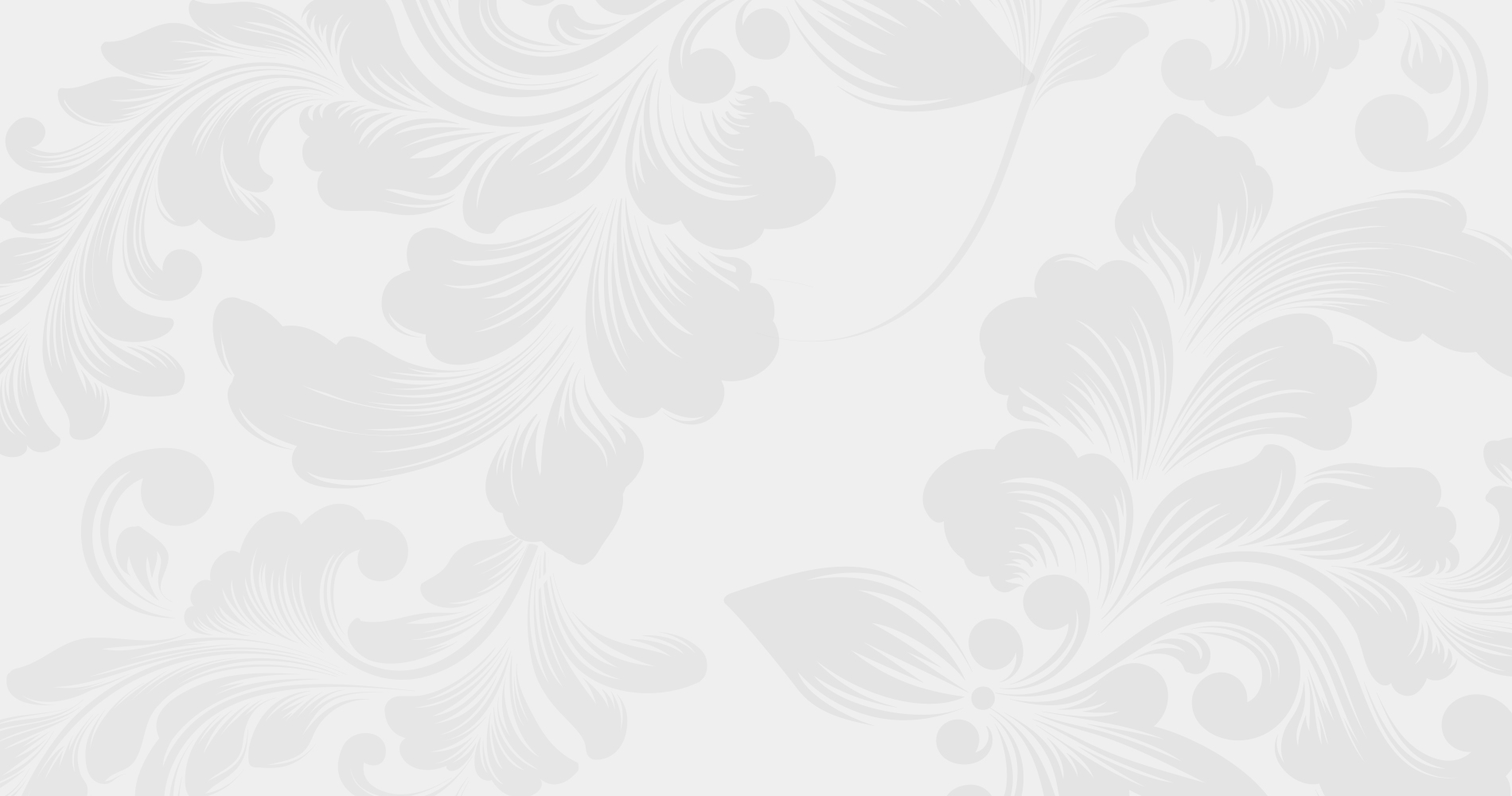 From the warm waters of the Gulf to the icy currents of the Alaskan coast, from the mighty
Atlantic to the blue Pacific, we’ll go to any depths to bring you the finest quality seafood available,
all year round. Our passion for seafood can be seen in the weathered faces of our dedicated
fishermen, the mouth-watering creations of our innovative chefs, and the satisfied smiles on our
Guests’ faces time and again. We don’t just know great seafood: it’s our passion.

Alligator has been playing a starring role in New Orleans cuisine for decades, and that tradition continues at Pappadeaux. This cold-blooded Louisiana native can weigh up to 790 lbs and grow up to 14 feet long. The largest alligator on record measured an impressive 19.2 feet! Our gators are farm-raised, which makes the meat extra tender. Alligator meat is extremely versatile, gracing tables in the form of sausage, dropped into a gumbo or jambalaya, or fried. Fried is just how you'll find it at Pappadeaux, served with Creole dipping sauce.

Catfish is especially popular in the American south where it has long been a staple, whether fried or blackened. Our fresh catfish is farm-raised right here in the U.S. and can be enjoyed in New Orleans classics like Blackened Catfish Opelousas and Catfish with Red Beans & Rice.

Since the 1920s, fishermen have used crabpots to trap these crustaceans. The pots are designed only to catch larger animals, allowing the younger crab to escape and continue to grow. We prepare this seafood delicacy by boiling or steaming. Once the claws are removed, you can get at the delicate crabmeat by cracking the hard shell or carapace. The claws contain denser meat, which can be accessed by cracking them with a nutcracker. One specialty of French Quarter cuisine is stuffed crab, where the meat is removed, mixed with aromatics such as onion, bell pepper, celery and such, and then served on the shell, au gratin. Easy to eat; easy to love.

This is a Gulf specialty you won’t want to miss. For generations, Gulf coast fishermen have caught this delicacy in the bays and shallow waters at exactly the right time, just when the crab have molted their shells. The prime season for Gulf blue crab generally runs from April until September, although the crab can be caught all year round. Every morning, the crab boats seek out the best crab grounds and lay out their trotlines and snoods. When they return and run their trotlines, they can harvest the precious catch. Softshell crab is generally prepared pan-grilled or sautéed, but it’s also delicious in a simple sandwich with a fresh tomato.

This crustacean delicacy can be found in the Barents Sea, the Bering Sea, and in the pristine waters off the Alaska coast. One of the most sought-after crab species, individuals can grow to be quite large, making them popular and easy to eat. Order up a Pappadeaux favorite, Alaskan King Crab Legs with a side of pasta, and you’ll see exactly what we mean.

Resembling a small lobster, this crustacean is a classic ingredient in Cajun cuisine, used in soups, bisques and étouffées, or boiled whole with vegetables. Crawfish fishing in Louisiana goes back for generations. The fishermen set traps designed to catch crawfish only of sufficient size. There are also large commercial crawfish farms, where the crustaceans can grow under strictly controlled environmental conditions. This is important, since the quality of the crawfish is largely determined by environmental factors such as water temperature, population density, vegetation, and even the phase of the moon! The most edible part of the crawfish is the tail, though the claws also contain meat well worth digging for. Order a big plate of steaming-hot mudbugs for the whole table to share and get cracking!

The delicate Gulf Flounder is a flatfish that lives inshore, primarily on sandy-bottomed bays or creeks. After it hatches, one of its eyes migrates over so both eyes are on the left side of the fish. This allows it to lie flat and wait for food to come within reach, when it pounces on its prey. Flounder can be caught with a line, but more commonly in commercial fishing, it is netted. It can be baked, sautéed whole or filleted and is often complemented by a delicate butter or lemon sauce. It has a subtle, sophisticated flavor that makes it a gourmet favorite. For a special Pappadeaux treat, ask for our Parmesan Crusted Flounder!

Halibut is renowned for its delicate sweet flavor, snow-white color and firm flaky meat. It is an excellent source of high-quality protein and minerals. Halibut on the menu at Pappadeaux is caught fresh in Alaskan waters and is seasonally available. Try our Alaskan Halibut Piccata next time you’re in!

This spiny lobster can be found all through the Caribbean and the Gulf. These creatures like to hide in reefs, natural or artificial, and in mangrove swamps. Commercially, they are generally caught using traps. The prime lobster season in the U.S. stretches from August to April. Unlike its Maine cousin, the Caribbean lobster has no claws, so the edible flesh is all in the body and tail, which is often grilled. Opinions differ as to whether Caribbean or Maine lobster taste better. Why not conduct your own delicious investigation at a Pappadeaux near you?

Known as the king of the crustaceans, lobster is an important New England seafood delicacy, and harvesting it is controlled by strict, detailed regulation. Only lobster larger than a legal minimum can be taken, and no lobster at all can be caught between June and October. Only conventional lobster traps from boats can be used, and even commercial fishermen are limited to a maximum number of traps. Fishermen are forbidden from taking any lobster whose shell is longer than five inches, and female lobsters must be V-marked and returned to the sea. There are strict penalties for any deviation from these rules, which are an essential part of maintaining a sustainable lobster population. This prized culinary delicacy is used in bisques, soups, boils, salads and many other applications. It is probably at its most delicious simply boiled or steamed and eaten dipped in clarified butter. This brings out the sweet flavor that is the hallmark of this magnificent seafood.

Harvested from the clear waters off the coast of Costa Rica, this fish is renowned for its rich, buttery flavor. It can be prepared in many ways, including baked, grilled, broiled, fried or poached. One Pappadeaux favorite you shouldn’t miss is our Blackened Mahi Alexander with shrimp and crawfish, topped with a white wine cream sauce. It’s a mouthwatering celebration of the taste of New Orleans.

Known for their soft texture and sweet flavor, mussels can be found in delicacies all over the world, from Turkey to the Netherlands to Spain to the US. At Pappadeaux you can enjoy our delicious mussels on their own, steamed in white wine and lemon, or paired with our amazing Maine Lobster.

This type of oyster is found in the Atlantic and generally served on the half-shell. Named for the Long Island town of Blue Point, where they were first gathered, this oyster can be found today along much of the New England coast. Blue Points have a firm consistency and a bright flavor, with a much-appreciated sweet and briny aftertaste.

This Gulf specialty is generally slightly sweeter than its Northern cousin. Highly prized as a winter delicacy, the gulf oyster is the perfect size to be swallowed whole. Oysters can be wild-caught by dredging or farmed. The latter method allows close monitoring of key environmental factors such as water temperature and quality. Enjoy a half dozen or a dozen with a little lemon juice or a dash of hot sauce. If you want to experience a French Quarter classic, ask your waiter about the Oysters Baton Rouge. Magnifique!

This fish is also known as Red Drum or simply as Texas Red. Spawned in the bays around the Gulf, the fish moves out into deeper waters as it matures. Adult fish generally stay in deep water, but can sometimes, particularly during storms, be found closer to beaches or in tidal creeks. This versatile Gulf delicacy can be enjoyed baked, grilled, sautéed or blackened. At Pappadeaux, we also serve it with Maine lobster and risotto for a special treat. It’s a Lonestar classic with a French Quarter twist!

Sometimes known as the King of Fish, the Atlantic salmon lends itself to a broad range of preparations. Our seafood chefs prepare many succulent salmon dishes, including such Pappadeaux favorites as Cedar Plank Salmon, Crispy Salmon with Jumbo Crab & Shrimp, or Atlantic Salmon Yvette with shrimp and crawfish. Talk about delicious French Quarter flavors!

This Gulf shrimp has a brown shell and a slightly firmer texture than its cousin, the White Shrimp. When cooked, the shell turns a coral color. Gulf shrimp are a delicacy you simply can’t deny yourself when they’re in season.

Snapper is an offshore fish, often found close to the sea bottom, sometimes as deep as 300 ft. They often congregate around natural or artificial reefs such as ledges or wrecks. As they mature, these fish become more territorial and can be found in deeper waters. This fish is definitely trending on the culinary front, and for good reason. With a sweet, mild flavor that pairs well with delicate sauces, it can be enjoyed grilled, baked or sautéed. Red snapper is a very popular delicacy. For a real New Orleans classic, ask your server about our famous Red Snapper Pontchartrain.